Bodybuilders have been warned about the dangers of steroids after a 37-year-old father of one died from ‘self inflicted injuries whilst influenced by steroids’.

Ben Harnett, 37, was found dead at his home in Guide Post, Northumberland in February.

His inquest heard he had been taking steroids to improve his body. 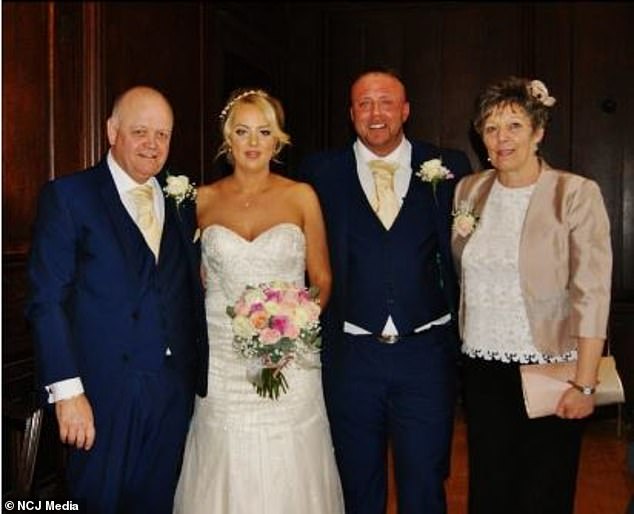 Ben Harnett, pictured with his wife Emma and father Ben, left, and mother Tish, right, died in February of self-inflicted wounds resulting from his abuse of steroids 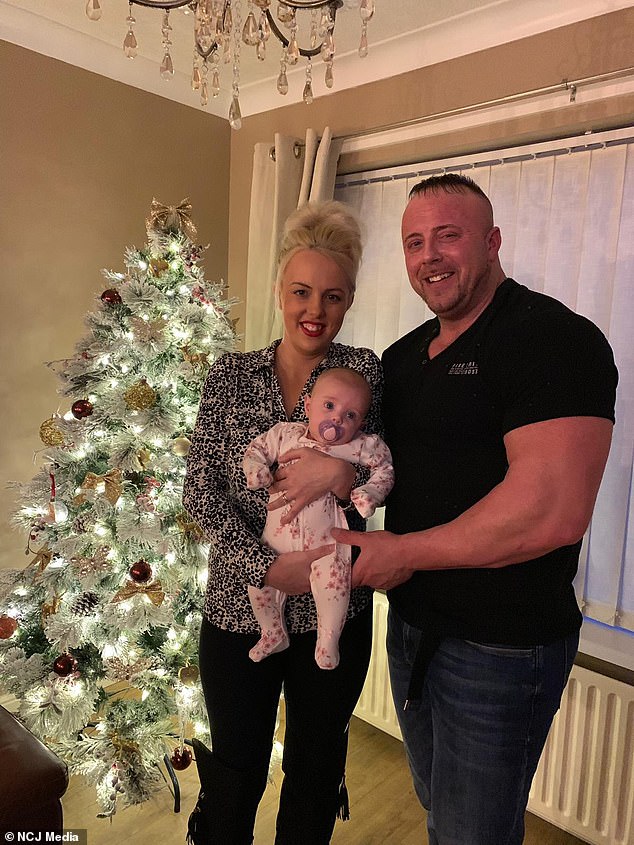 The father-of-one, pictured with his wife and infant daughter Gracie had been taking steroids ahead of a bodybuilding competition 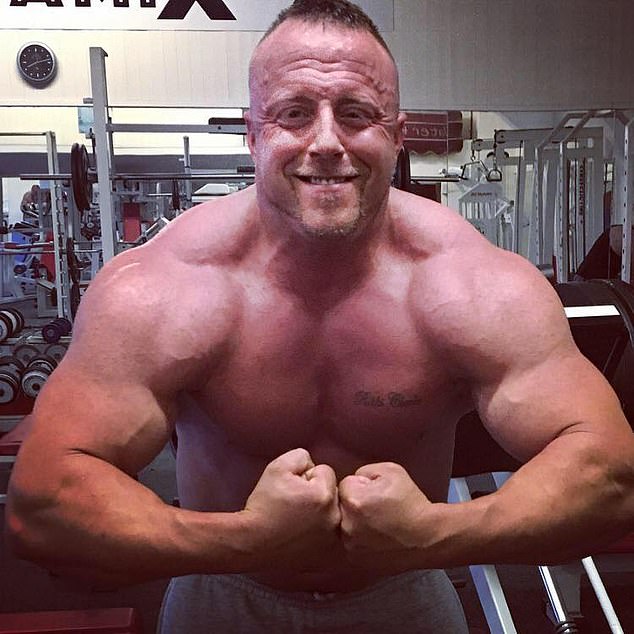 Mr Harnett’s family described him as a ‘friendly giant’ and a ‘hard-working family man’ who worked with Banks Mining.

He had been married for less a year to his wife Emma, 24. The couple had an infant daughter Gracie, who was five months old at the time of her father’s death.

Coroner Eric Armstrong said: ‘He was proud of his body, but became “over-proud” and in attempting to make the most of his body, began to use steroids.’

The inquest at North Shields heard Mr Harnett had once come second in the Mr England contest and was preparing for a bodybuilding competition at the time of his death.

A report read by the coroner said Mr Harnett’s father, Ben Harnett Snr, went to his son’s home on February 2 and raised the alarm when he did not get an answer from him.

A post mortem report said there was ‘evidence of steroid misuse, commonly seen in association with bodybuilding’. 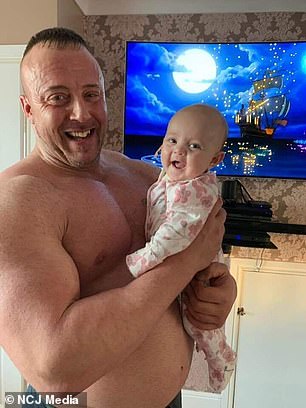 It added that steroids are ‘known to be associated with mood disorders’ and the ‘depressive effects can last for a year’.

Mr Armstrong said: ‘I’m quite sure that steroid taking, combined with the use of cocaine, has been a factor in Ben’s death.

‘I’m satisfied that the wounds were self-inflicted, I’m not satisfied that he committed them with a clear thought process. I believe his mindset was drastically affected.’

The coroner recorded a narrative conclusion that, ‘Ben Harnett, whilst influenced by steroid misuse and cocaine abuse, took his own life by self-inflicted injuries.’

He added: ‘I sincerely hope that if nothing else, Ben’s death reverberates around the bodybuilding world and people realise the risks they are taking.

‘This is the loss of a life that shouldn’t have happened.’

Following his death, tributes poured in for Ben from devastated friends and family.

His mother Tish said: ‘It’s devastating, our lives will never be the same again. Losing a child as parents is not the way it should be.

‘There will never be another Ben. I’ll never be the same without him.’

Mr Harnett was raised in Choppington with his older sister Julie, and attended the village’s nursery and infant school before moving across to Mowbray Primary School.

The dedicated schoolboy helped out with the family’s milk business by carrying out deliveries before lessons at Bedlington Station High – now known as Bedlington Academy. 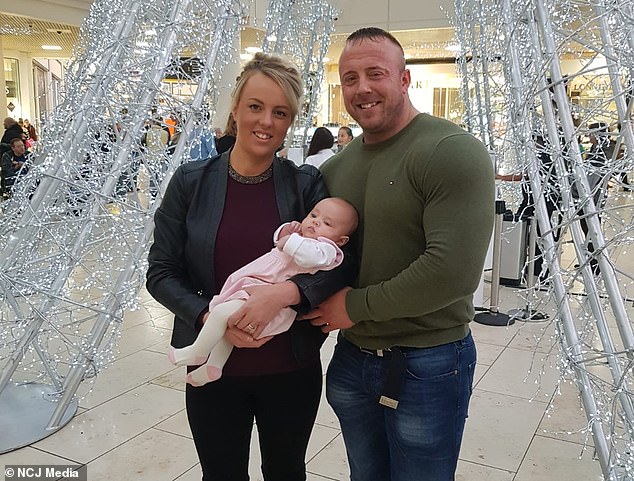 In recording a narrative verdict, the coroner said: ‘Ben Harnett, whilst influenced by steroid misuse and cocaine abuse, took his own life by self-inflicted injuries.’

After leaving school, Mr Harnett had a brief stint with the fusiliers before training to become a dump truck driver.

He enjoyed several roles around the North East before his latest position with Banks Mining.

His real ‘passion’ in life was working out at the gym and competing at bodybuilder contests.

Mrs Harnett, 62, said: ‘That was his passion, he loved doing it. It took dedication for him to prepare for each show. It was his release from working the long hours.’

Mr Harnett Snr said: ‘Some people like having a drink. For Ben, he enjoyed the gym. It was his life.’